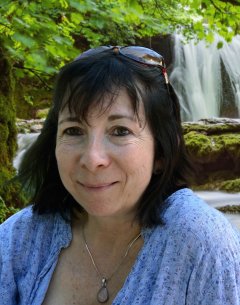 Bio: Marianne Huchard is Full Professor of Computer Science at the University of Montpellier since 2004, where she teaches courses in software engineering and knowledge engineering. She develops her research at LIRMM (Laboratory of Informatics, Robotics and Microelectronics at Montpellier). She obtained a PhD in computer Science in 1992, during which she investigated algorithmic questions connected to the management of multiple inheritance in various object-oriented programming languages. She conducts research in two areas: in Formal Concept Analysis (FCA), where she studies theoretical and applied aspects, and in Software Engineering, where she contributes to model-driven engineering, component-based and service-based software development, as well as migration towards software product lines. She has been deputy director of the LIRMM, and she also participated to the creation and supervision of the Master degree in Software Engineering at the University of Montpellier, where she is currently responsible for the Doctoral studies in Computer Science. She recently served as the program chair of the 13th International Conference on Concept Lattices and their Applications (CLA 2016), as the general conference chair of the 27th European Conference on Object-Oriented Programming edition, the 9th European Conference on Modelling Foundations and Applications edition and the 7th European Conference on Software Architecture (ECMFA, ECOOP, ECSA 2013), and as the general chair of the 33rd IEEE/ACM International Conference on Automated Software Engineering (ASE 2018).