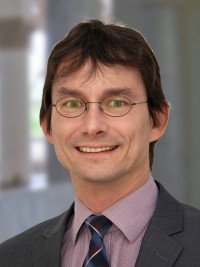 Dirk Beyer is Professor of Computer Science and has a Research Chair for Software Systems at LMU Munich, Germany. He was Full Professor at University of Passau (2009-2016), Assistant and Associate Professor at Simon Fraser University, B.C., Canada, and Postdoctoral Researcher at EPFL in Lausanne, Switzerland (2004-2006) and at the University of California, Berkeley, USA (2003-2004) in the group of Tom Henzinger. Dirk Beyer holds a Dipl.-Inf. degree (1998) and a Dr. rer. nat. degree (2002) in Computer Science from the Brandenburg University of Technology in Cottbus, Germany. In 1998 he was Software Engineer with Siemens AG, SBS Dept. Major Projects in Dresden, Germany. His research focuses on models, algorithms, and tools for the construction and analysis of reliable software systems. He is the architect, designer, and implementor of several successful tools. For example, CrocoPat is the first efficient interpreter for relational programming, CCVisu is a successful tool for visual clustering, and CPAchecker and BLAST are two well-known and successful software model checkers.